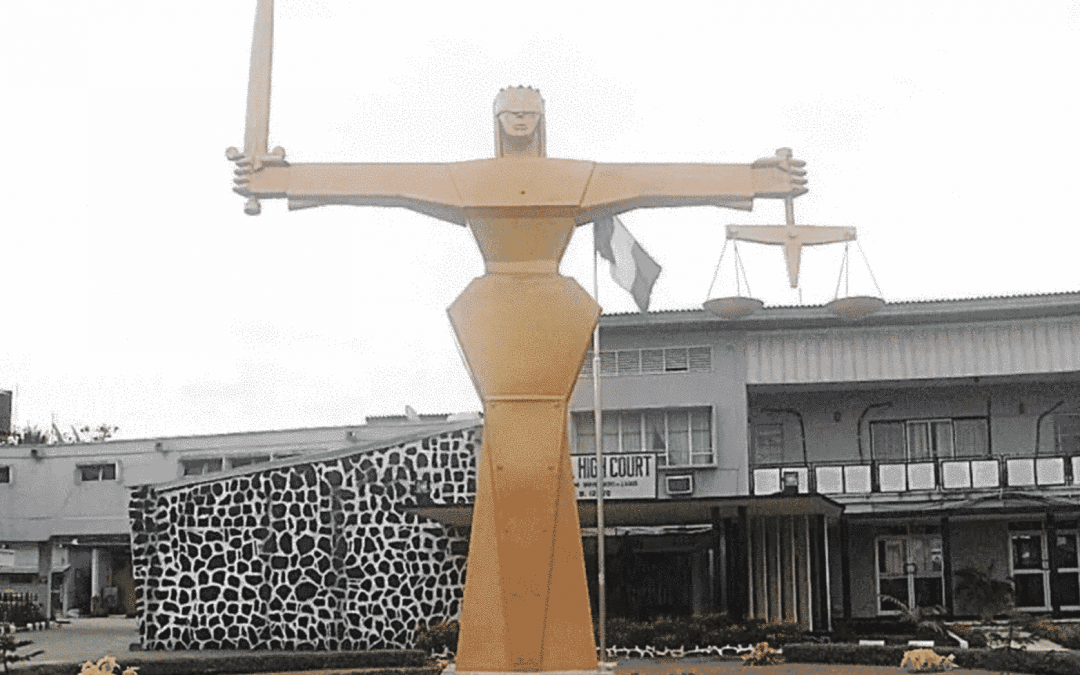 The Federal High Court sitting in Abuja has held in the case of AG Rivers State v. AG Federation & Ors, that contributions from corporate entities and deductions from the Federation Account towards the Nigeria Police Trust Fund are unconstitutional.

The Rivers State Government averred that by the provisions of Sections 214 & 215 of the Constitution of the Federal Republic of Nigeria (CFRN), and Item 45 of the Exclusive Legislative List, the Police is within the purview of the Federal Government (FG) and thus it is the constitutional duty and responsibility of the FG to establish, fund and maintain the Nigerian Police. It was also argued that according to Section 162(3) of the CFRN, amounts standing to the credit of the Federation Account, which consist of revenue collected by the FG, are to be distributed only among the three tiers of government: Federal, State and Local Governments, as direct beneficiaries.

Therefore, Rivers State Government claimed that the collection of levies from corporate entities, and the deduction of funds from the Federation Account for the purpose of funding the Nigeria Police Force (NPF) is inconsistent with the CFRN. It also claimed that Section 4(1)(a)(b) of the Nigeria Police Trust Fund (Establishment) Act 2019 (NPTF Act) which imposes the deduction from the Federation Account and contribution of a percentage of companies’ profits to fund and maintain the NPF is null and void.

In its judgement, the Court agreed with the submissions of Rivers State and declared Section 4(1) of the NPTF Act unconstitutional and thus null and void, as its provisions are inconsistent with the provisions of the CFRN. The Court held that agencies of the Federal Government are only entitled to receive their allotted revenue out of the allocation due to and distributed to the Federal Government. The court further directed that Rivers State be refunded its share of the sums already deducted from the Federation Account towards funding and maintaining the NPF.

OUR COMMENTS
It will be recalled that in 2019, the NPTF Act was enacted, and the Nigeria Police Trust Fund was established to be operational for a six-year period unless extended by the National Assembly. Since the enactment of the NPTF Act, companies operating in Nigeria have been required to contribute 0.005% of their net profits to the Police Trust Fund for the purpose of maintaining the Nigeria Police Force. Similarly, 0.5% of the total revenue accruing to the Federation Account was earmarked as contribution into the Fund. However, modalities for the collection of this Levy were not expressly spelt out, thus leading to sparse compliance from taxpayers.

To appreciate the decision of the Court in the instant case, it is important to review the relevant provisions of the law.

Item 45 of the Exclusive Legislative List, which highlights matters strictly within the purview of the Federal Government provides for: “Police and other government security services established by law”.

On the other hand, Section 162(1) & (3) of the CFRN provide that:
“(1) The Federation shall maintain a special account to be called “the Federation Account” into which shall be paid all revenues collected by the Government of the Federation, except the proceeds from the personal income tax of the personnel of the armed forces of the Federation, the Nigeria Police Force, the Ministry or department of government charged with responsibility for Foreign Affairs and the residents of the Federal Capital Territory, Abuja

(3) Any amount standing to the credit of the Federation Account shall be distributed among the Federal and State Governments and the Local Government Councils in each State on such terms and in such manner as may be prescribed by the National Assembly.”

A combined reading of the above-quoted provisions indicates that the NPF is the sole responsibility of the FG and that distributions from the Federation Account can only be for the benefit of the three tiers of government, to the exclusion of others including the NPF.

Therefore, it is clear by unambiguous letters of the law, that it is the sole responsibility of the FG to fund and maintain the NPF and not that of the taxpayers. Furthermore, no agency or organ of government is permitted to be a direct beneficiary of distributions from the Federation Account, rather, part of the FG’s allocation from the Federation Account ought to be channelled towards funding and maintaining the NPF.

This judgement is coming shortly after FIRS has just been named the responsible collection agency for the Police Trust Fund Levy, via Finance Act 2021. However, this judgement introduces new dimensions to the collection of the Police Trust Fund Levy and indeed other earmarked taxes and levies such as the Tertiary Education Tax, National Information Technology Development Agency (NITDA) Levy, the re-awakened National Agency for Science and Engineering Infrastructure (NASENI) Levy, etc.

Notwithstanding the unconstitutionality of the main sources of funding the Police Trust Fund, other grants, donations or aid as prescribed under Section 4(1)(c)-(g) remain valid and the NPF may continue to enjoy funding from these sources.

Therefore, FIRS may now be deemed estopped from collecting the Police Trust Fund Levy from companies as same has been declared unconstitutional. Also, taxpayers may, on the basis of this judgement, challenge the constitutionality of other earmarked taxes/levies.

We envisage an influx of actions by other State Governments especially in view of the refund granted to Rivers State Government, while we expect that the Federal Government will appeal the judgement of the Federal High Court in this regard. Taxpayers are therefore advised to seek professional advice on how to proceed in these rather convoluted times and the possible impact of the judgement on their tax obligations.